Boston.com, the online newspaper of the Boston Globe, has a special advent calendar on their website on the moment, counting down the days till Christmas 2008. Every day they upload a picture of Space, taken from the Hubble Space Telescope. Now if you know me you’ll have noted at some point my passion for Astronomy, Space and Beyond (well had to finish the sentence off somehow).

In January 2002, a dull star in an obscure constellation suddenly became 600,000 times more luminous than our Sun, temporarily making it the brightest star in our galaxy. The star, called V838 Monocerotis, has long since faded back to obscurity, but observations of a phenomenon called a “light echo” around the star have uncovered remarkable new features over the following years (this animation covers two years’ time). The light echo is light from the earlier explosion echoing off dust surrounding the star. Light from the outburst traveled to the dust and then was reflected to Earth. Because of this indirect path, the light arrived at Earth months after light from the star that traveled directly from the star. (NASA, ESA) More (see this on Google Sky)

“On the second day of Christmas” 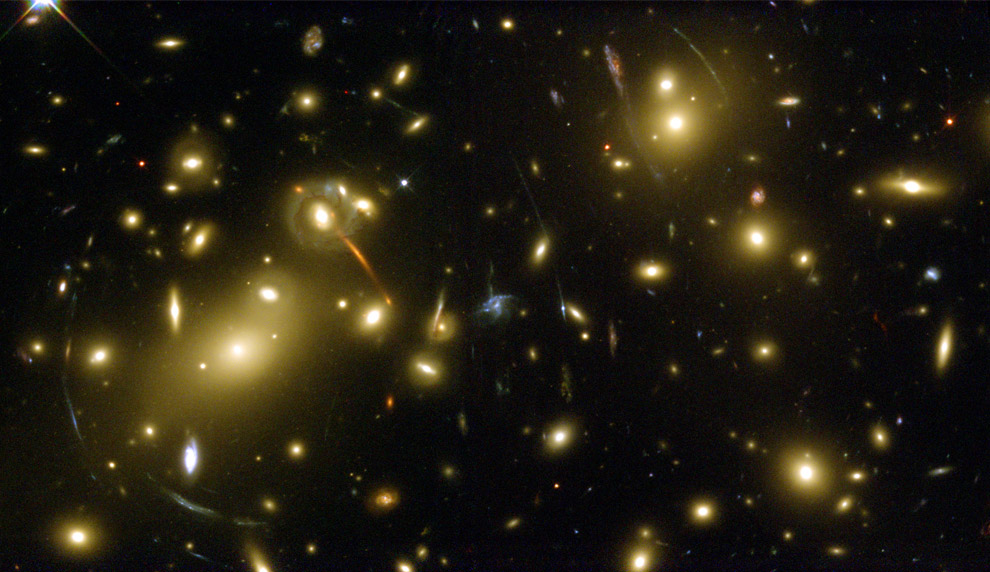 In early January of 2000, Hubble took this image of Galaxy Cluster Abell 2218, and its massive amount of “gravitational lensing”. Abell 2218 lies some 2 billion light-years away in the Draco constellation and is so massive that its enormous gravitational field deflects light rays passing through it, much as an optical lens bends light to form an image. These magnifying powers provides a powerful “zoom lens” for viewing distant galaxies that could not normally be observed with the largest telescopes. The visible “arcs” are the distorted images of very distant galaxies, which lie 5 to 10 times farther away than the lensing cluster itself. (NASA, Andrew Fruchter and the ERO Team, STScI) More (see this on Google Sky)

Gary Hartley is The Floating Frog. A seasoned freelance web designer with skills in UI/UX, CRO design, WordPress, branding, PSD-HTML conversions and more. Got a project you need to start or take to the next level? Please, get in touch!

Start a project with me